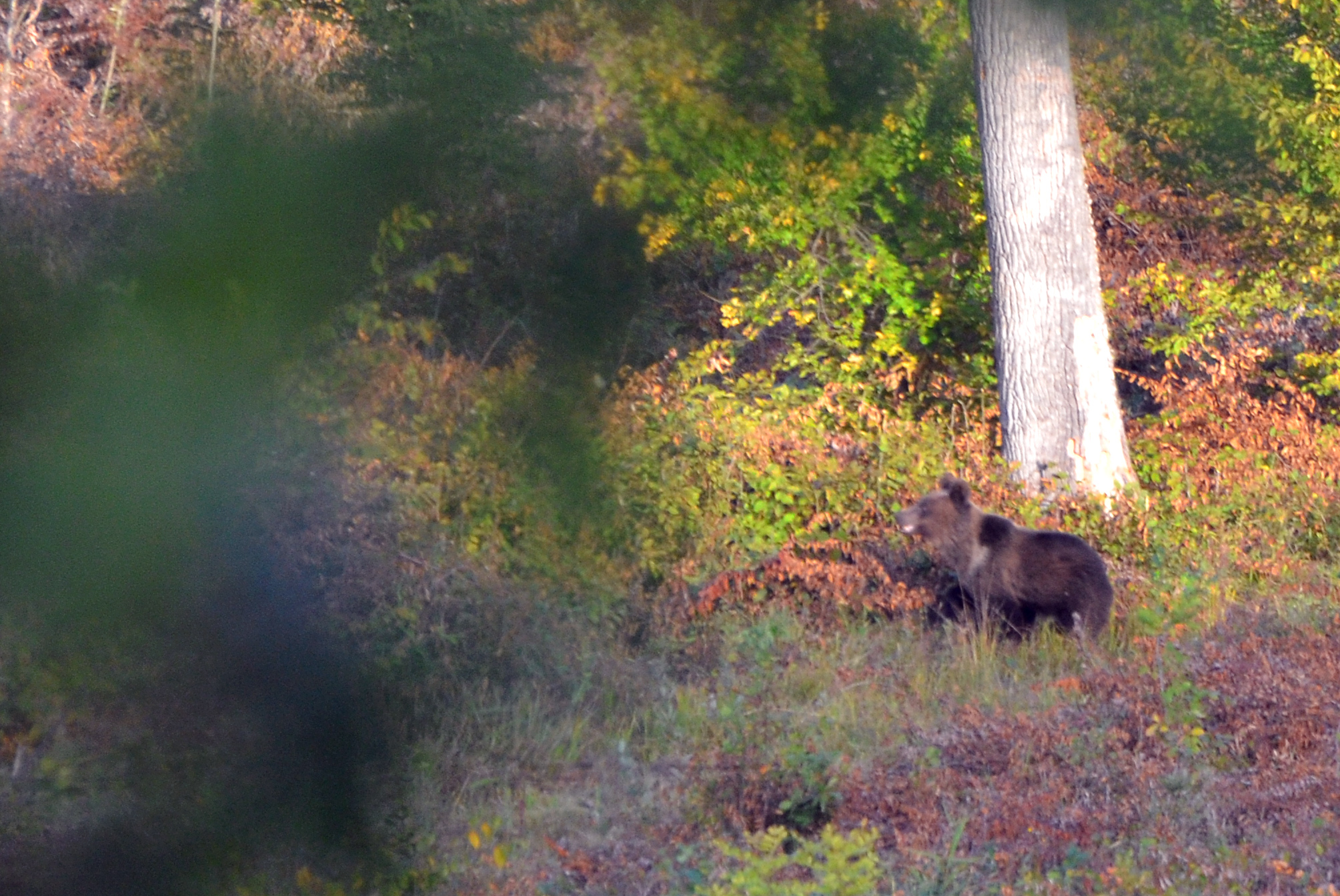 How to Track (and Recognize) Romania’s Iconic Mammals

Romania’s Carpathian Mountains are among the wildest places left in Europe. Even in the Carpathian foothills in Transylvania, still dominated by low-impact agriculture, it is not uncommon to see deer, boar, and bears in the forested hilltops. Many hikes leaving from the town of Sighisoara and its nearby villages can take you through the ancient forests that serve as a home to these animals.

However, even the quietest hikers might not spot these shy mammals before they flee. Luckily, large mammals usually leave clear signs of their presence and can be identified easily from their footprints, feces, or other marks left on the environment. If you choose to join a naturalist for a tour of these forests, they will certainly point out and identify mammal sign whenever they see it to give you an idea of who lives in the forest. In fact, these markers are so distinctive that scientists can use them to track the movement and density of mammal species within ecosystems.

If you head off on your own, here are a few common mammal tracks to look out for in the Transylvanian wilderness. This activity is great for kids, so feel free to print out this guide and bring it along for an interactive hike!

The red deer is the largest European deer, slightly bigger than the roe deer (Capreolus capreolus). Like all deer, red deer are ungulates, meaning they have two hooves. To identify this print, look for a strong curve around the outer edges of each hoof, especially on the front hooves. An adult stag’s forefoot tracks will generally be around 8-9 cm long, similar to the length of an adult person’s forefinger.

Red deer stags are quite shy, preferring to stay hidden when they spot humans. Therefore, they are relatively uncommon to see in Transylvania, although their tracks are simple to spot. Female red deer are much less skittish and you may see small groups of them along trails if you walk quietly. Stags are particularly active in late autumn during the breeding season, fighting intensely on the edges of rivers near their territory. Dozens of stags come together to fight for the right to breed, but only the oldest, strongest stag wins the chance to mate with all the group’s females. If you are lucky enough to spot this event, you are in for a great show of strength!

Wolves are the largest members of the canid family, related to dogs. They are also one of the top predators in the Romanian wilderness, although they are very shy around humans and are rarely spotted on hikes. Their paw prints look similar to a dog’s print, although wolf prints are both larger and longer than those made by domesticated dogs. As the only large canid species in Romania, wolves’ prints are unmistakable, with four toes with claws surrounding a central paw. Dog prints tend to be much rounder and less linear than wolf prints.

Wolves hunt in packs and travel together in a single file line, often stepping exactly in the alpha male’s steps. This tactic makes it hard to tell how many wolves traveled through an area. If the ground is too hard for prints, you may also be able to identify the presence of wolves through their scat (top right), which is usually compact, with evidence of fur from their prey. Wolves in Transylvania, as in many areas, are vilified for preying on livestock and are often shot by shepherds trying to protect their flock. Wolves, therefore, try to avoid humans, so it is a rare (and lucky!) occasion to even spot signs of these mammals.

Brown bears are one of Romania’s most iconic species; the country hosts over 35% of Europe’s remaining bear population, estimated at 5000 individuals. Bears are highly adaptable to many habitats and are spotted relatively frequently in the forested hilltops surrounding Transylvanian towns and villages. European brown bears are related to North American brown bears, seen as a subspecies that likely migrated across the Bering Strait from Russia.

Bear tracks are very long – between 25-30 cm – dominated by a large footpad with five toes and visible claw marks. These tracks are absolutely unmistakable, as bears are the largest animal and predator in this ecosystem. The right-hand picture is a bear cub, whose tracks usually measure around 13 cm. Some mother bears in Romania have up to three cubs, although this number usually averages at two.

It is relatively common to see bear tracks along muddy trails in the woods near Sighisoara and other Transylvanian villages since bears are protected by law and not very afraid of humans. While they are rarely dangerous to people, you should make plenty of noise if you spot a bear while walking so that you do not surprise them. However, bears tend to be more nocturnal in Romania to avoid people, so you are less likely to spot them during the day.

Bears are also great climbers and may leave their marks on trees rather than in the mud. Check the trunks of trees as you walk to look for signs of bears looking for food. If you want to spot a bear in the flesh, visit the Angofa Wildlife Centre for a bear safari at dusk to look for these magnificent animals!

European badgers are a medium-sized Mustelid present in almost every part of Europe. These animals are extremely shy and do not like to be disturbed, so it is very rare to see one in the forest. However, they leave clear tracks that will allow you to see if they have passed through recently!

Badger tracks are long, with five toes on each foot and deep claw marks. Their front paws are much larger and more elongated than their back paws, so you may be able to distinguish each separate footprint in their trails.

Badgers live in communal dens with up to eight entrances, making them hard to track, even for experienced mammal scientists. They are mostly nocturnal or crepuscular – active at dawn and dusk – meaning they rarely interact with humans. Badgers are classified as carnivorous, and they mostly feed on insects and small mammals but are known to eat plants, cereals, and tubers. Unfortunately, due to human impacts, it is more common to see badgers that have been hit by vehicles than to see live animals in their natural habitat. Nonetheless, badgers are classified as a species of Least Concern by the IUCN.

This guide will help you track and identify Romania’s most iconic mammal species while exploring the country’s beautiful natural areas. While mammals are rare to spot, their tracks give us insights on how they move and interact with each other and their forest habitats.

Looking for the best places to get started spotting wildlife in Romania? Check out our tours in Transylvania!

Did you know? These beautiful Giant Anteaters can

How long do you think this snake is??⁠ 🐍⁠ O

Explore the world through the communities that protect its wildest places.

Stay in touch to hear about launches, deals, and news!