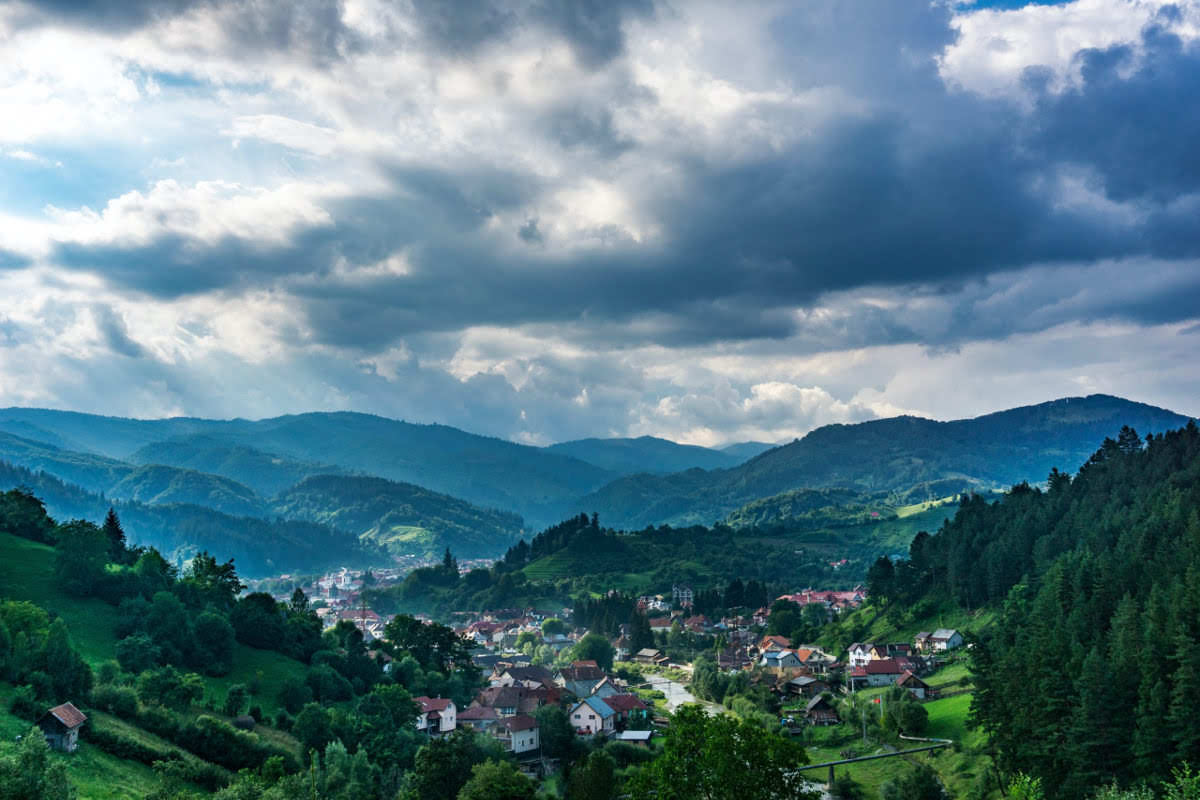 Why Transylvania Should be Your Next European Destination

Tucked into Eastern Europe alongside the Black Sea, Romania is one of the most overlooked destinations in the region. Luckily, this situation means that Romania’s stunning alpine lakes, rolling meadows, and forested hilltops are relatively uncrowded compared to Europe’s most popular areas.

In Romania’s central region, Transylvania is one of the best places to experience traditional culture and food, as well as a major nature hotspot. If you just have a few days to visit Romania, Transylvania might be the best value for money you can find. Here’s why you should put Transylvania on your travel bucket list.

Transylvania’s beautiful natural settings are complemented by historical cities topped with fortified churches and stone-castles that date back to the Middle Ages. You might feel transported back in time when you see a horse-drawn carriage of hay pass by on the highway below these ancient structures.

Several towns in Transylvania, such as the village of Viscri, fiercely maintain their traditional architecture and economies and have received UNESCO World Heritage status. While Transylvania was ruled successively by various empires until WWI, the region’s Germanic roots still shine through. This influence is particularly clear in the fortified churches and Saxon houses that dominate historical villages, built in the 13th-16th centuries to resist Turkish invasion. These Saxon houses are sturdy, colorful structures that are still used as farmhouses; livestock have a place in the central courtyard of these compounds where they sleep to avoid predation by wolves and foxes.

These beautiful, traditional houses provide a perfect backdrop for the cobblestoned streets and towering churches of towns like Sighisoara and Saschiz, some of the region’s top tourist destinations. Stop by Sighisoara for a drink in the historic citadel before heading off on your Transylvanian exploration!

Skip the touristy ‘traditional’ restaurants in big cities and head straight to the town of Saschiz to savor Romania’s fresh produce, traditional breads, sheep cheeses, and local dips and spreads. One of the best places to start is Grandma’s Cellar (Pivnita Bunicii in Romanian), a women’s cooperative that sells preserved goods such as jams, liquor, honey, and local chutneys called zacusca, all produced by local families. Transylvania’s long cold winters have long forced people to learn to preserve food in delicious ways, meaning these products are some of the most traditional foods on offer in the country.

If you prefer a hot meal, the Saschiz Women’s Collective often serves fresh lunches featuring local produce throughout the summer. The Angofa Wildlife Centre also offers nightly feasts; work up an appetite walking the meadows around the center with a naturalist guide before you eat. Stop by the ADEPT office or tourist information center to learn more about availability.

Check out our blog on the 10 local products to try on your trip to Transylvania!

3. Go looking for bears, deer, and wild boars in the Carpathian Foothills.

Transylvania’s agricultural systems, which use few pesticides and avoid monoculture, have fostered the health of Transylvania’s wildlife, including bears, wolves, foxes, wild boars, and lynx. Located in the foothills of the wild Carpathian Mountains, Transylvania is a vital habitat for several of Europe’s most threatened species. Luckily for visitors, many of these animals are quite gregarious, making it possible to see woodpeckers, deer, rabbits, and even bears, with relative ease – if you know where to go!

From Sighisoara, one of the best places to visit is the Breite Reserve, an ancient oak forest just outside the city. You can even rent a bike and follow trails through these woods to visit seven other Transylvanian villages, including Saschiz and Viscri, mentioned above.

If you are aching for an exciting adventure, visit the Angofa Wildlife Centre outside Sighisoara for a nightly bear tour, where you join a professional driver in a 4×4 vehicle to search for European brown bears at dusk. While there are no guarantees you’ll see a bear, you are certain to have an exhilarating time zipping between the trees in this beautiful setting. That being said, bear sightings are not rare in Transylvania, so keep your eyes peeled. It’s one of the best places in Europe to see these incredible creatures.

Check out our blog here about the safety of bear tours!

Transylvania is far off the well-beaten Europe circuit. Yet this underrated destination is full of cultural, culinary, and natural wonders for visitors of all ages. There are few places in Europe that have so elegantly maintained their heritage and native wildlife. Join us in Transylvania for a day tour or internship to see it for yourself!

One thought on “Why Transylvania Should be Your Next European Destination”

Explore the world through the communities that protect its wildest places.

Stay in touch to hear about launches, deals, and news!